As some of you may know by now, I love all kinds of food, but I go especially gaga over cheeses and cured meats. If you live in Philly, you know one of the best places to get these things and drop a pretty penny is Di Bruno Bros. Since its establishment in 1939, Di Bruno Bros. has made quite the name for itself and has grown into an empire that includes online ordering, weekly demos, and a popular book called House of Cheese. Though I would actually be pretty happy with a book that describes how to make a cheese house, one that goes over the details of the cheese world is just as appreciated. Although I can get lost among the cheeses that include the vibrant Valdeon blue and the creamy Andante, I had never tried Di Bruno’s lunch upstairs, something which I felt the need to rectify immediately. The perfect opportunity came when I came into the city for my internship and realized the office was closed without anyone telling me! Instead of wasting my day by just going back home, I decided to finally stop in for lunch and experience Di Bruno Bros. in a new way. 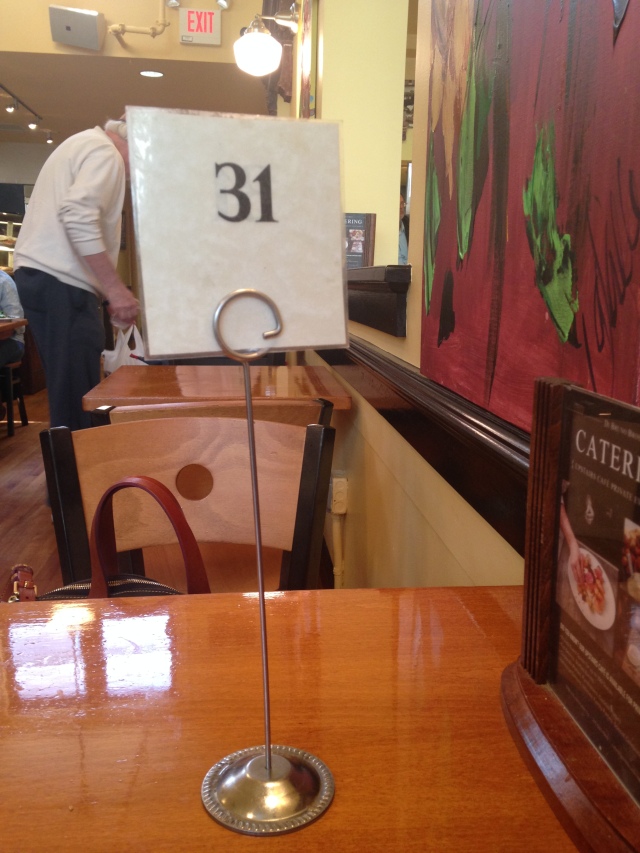 Walking in, the upstairs dining area offered two options; I could either go through their premade food line and just place my choices on a tray, or I could go up to another counter and order some of their made-to-order options, like prosciutto sandwiches and fries. After looking over my plethora of choices, I decided to order the Di Bruno Burger, a hearty option accompanied with some of the best French fries I’ve ever had. Once I ordered, I was given a placard to place on my table while I waited, which was something I liked for lunch because I was able to sit down and wait without having to keep an ear out for my order being called. The wait was about ten minutes, which was fine since I wasn’t in a rush, but if you are, I recommend choosing one of the cold sandwich options, since they don’t need to be cooked at all, but are made with the same care.

As my burger was set in front of me, I started drooling. The two big patties were adorned with a sharp aged cheddar, two slices of crispy bacon, and shoestring onions, which were flavorful, but could have had more of a crunch to them. What I was really impressed with, although not surprised about, was the quality of the meat. When I started to hit my wall, but still had a quarter of the burger left, I decided to forgo the fluffy bun and just eat the patty itself. With all of the things that people heap onto their burgers now, they tend to forget the real star of the dish, but for me, you need a solid foundation of meat before you can load anything else on. Though that glorious, flavorful first bite wowed me, my burger was a little closer to medium than medium rare; howeber, the meat was of such superior quality that it didn’t matter that it wasn’t mooing.

I loved this burger and it’s the best one I’ve found in the city so far, even with the few problems I mentioned above. Admittedly, I rarely go out for burgers as I tend to search for rarer things like blood sausage and duck hearts with my dining experiences, but I do enjoy a good burger. I just tend to make them at home. For the times when I want a burger while out, Di Bruno’s is a choice that I would be happy to make. My lunch at Di Bruno Bros. was filling, delicious, and pretty satisfying, and it would be the perfect place for anyone else looking for a casual lunch in the city.