It’s taken me forever to get this post out because I have been diligently working on my first article for Superior Spider-Talk, a website I’m newly contributing to. While I don’t imagine there are tons of comic or Spider-Man fans hitting up this food blog, if you are a fan, feel free to check it out! My first article just went live and it’s all about Black Cat. 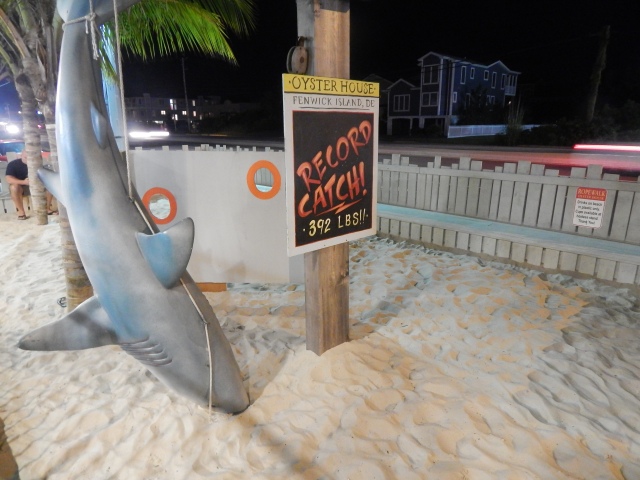 Though I am a huge comic book gal, one of the other most exciting things for me is reading new menus and trying new places. As I’ve mentioned about a billion times in the past two months, there has been a lot of great restaurant growth around the Maryland and Delaware beaches over the last few years. One restaurant that I had heard good things about and decided to check out this past season was Ropewalk, a seafood focused location with a particular emphasis on oysters. 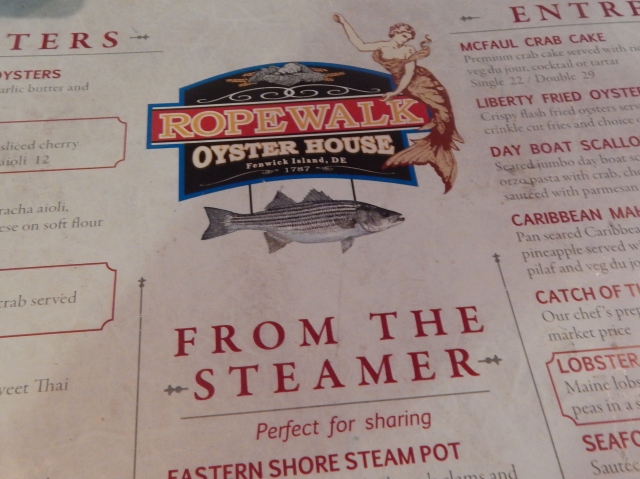 I was basically on board with the idea of checking the place out as soon as I heard the word ‘oyster.’ Frankly, I don’t really buy into this whole ‘r’ rule with them. There admittedly are some oysters you shouldn’t touch in the summer because of how warm the waters are, but there are a number that are fine to eat in July. Nothing is magically going to change between August 31st and September 1st to make them tastier or healthier. Sadly, there is no Oyster Fairy that comes by when the ‘r’ months show up to gift you the best oysters mankind has ever encountered. Sure, the winter is when you’ll find the biggest and best selection, but don’t let the Oyster Purists keep you down.

As far as my palate goes, I tend to really enjoy briny oysters that taste of the ocean, and some of my favorites that night were the Hollywood’s from Maryland and the Victories. Despite my love of big, in-your-face flavors, I’m not one to laden a raw oyster with cocktail sauce, extra horseradish, or a number of other things that just mask the intensity of my favorite ocean brethren. With a little bit of the accompanying mignonette, these oysters really shone, and they didn’t need anything else to please me. 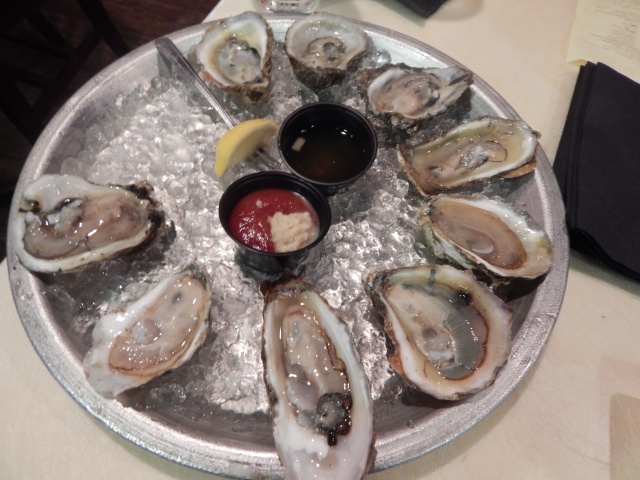 Of course, no one’s ever been full from slurping on some half shells, so we did have to order some other food for the evening. While I  elegantly sipped a yummy Kir Royale made with Cupcake Prosecco, my family nibbled on the Bread. These rolls definitely weren’t worth the space they took up on the table and reminded me quite a bit of the lifeless rolls plopped onto school lunches with some generic butter.

Even worse for me were the Bada Bing Shrimp that we actually paid money for. Tossed in a sweet Thai chili sauce, these shrimp were surprisingly bland and forgettable. My mom and sister enjoyed it, though Roya’s boyfriend was on my side and didn’t eat much more than one shrimp either. After the appetizers, we were split in our opinions of the place, but still had our entrees to come and sway us in either a positive or negative way.

Two of us ordered the Nathan Hale Oyster Burger, which sandwiched some of my favorite things between a burger bun. This came out topped with bacon, a choice of cheese, chipotle horseradish aioli, tomatoes, and fried oysters. I went with a blue cheese for my meal, and it was certainly the right decision. The powerful, pungent blue added a creaminess to the burger and enhanced everything else on it as well. This perfectly medium-rare meat was exactly what I was hoping for, and the aioli worked well both accompanying the meat and as a dipping sauce for the fries. The oysters should have been crispier though since their flavor was really lost among everything else. Without the oyster flavor, this was a just a regular burger. This bumped my view of Ropewalk up a nudge more positively, but it still wasn’t a place for which I would go out of my way.

On the same beef kick that I was on, my sister ordered the Lou Borne NY Strip and my mom went for the Patrick Henry Salad. The salad might not seem like a meaty choice to begin with, but it came with sliced steak, a crab cake, red onion, and tomato, and definitely was not meant for anyone who orders a salad to seem demure. Both the NY strip and the filet on the salad came out cooked to perfection and my sister and mom were both impressed with their choices. I will give the usual warning, though, that my sister still enjoys Chef Boyardee and my mom pretty much raves about every meal we have, so don’t overly trust their food opinions. Given my own highs and lows throughout the evening, I would have needed to try both to give them my full stamp of approval.

We ended the evening with some Funnel Fries because they were the only desserts we could all agree on. The fries themselves were good and tasted similar to the ones you can find on the boardwalk. However, the biggest disappointment was the cold chocolate syrup served on the side that did absolutely nothing to enhance the dessert. It’s one treat I would order again because it wasn’t awful, but I also wouldn’t mind just going out for a scoop of ice cream after ending a meal here instead.

Overall, it was an okay dinner, but if you just want to sit at a bar and knock back a dozen oysters, then Ropewalk is a good choice to make. With a sandlot outside for kids to play in, a fairly large number of options, and a nice wait staff, Ropewalk isn’t the worse choice in Fenwick, but there are certainly better restaurants in the area. While it’s not a place that would please many food geeks, I would recommend this restaurant to the general hordes that flock to the beach over the summer who are just looking for a relatively satisfying meal that can please kids and adults. And really, since those are the people who tend to keep the restaurants busy around here, I’d imagine Ropewalk will be here to stay.