I get bored easily. This is a fact that probably doesn’t bode well for future relationships. However, it does make trying new food and drink exciting. Sure, I get caught up in ordering the deviled eggs that appear on every menu nowadays and will grab a Blue Moon every so often, but for the most part, I want to experience innovation. 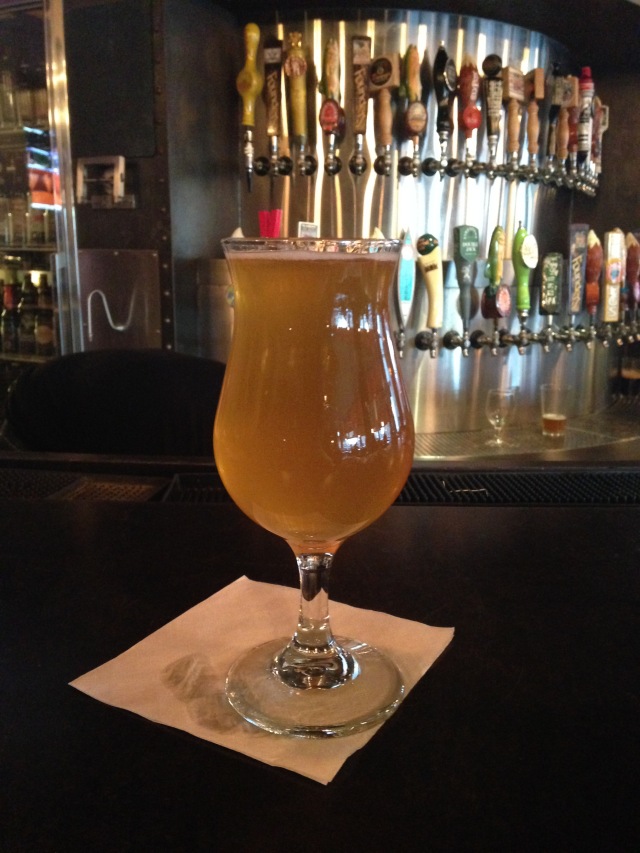 Recently, I tried a few beers when I went to an Arlington spot called Rustico with my uncle. I tasted a dark, caramelly one and I sipped a soft wheat beer, but what I really want to talk about is a brew that was different from anything I’d ever had before. By the end of our time there, I moved on to the completely individual Femme Fatale Brett, which I ordered 90% for its name, 5% for its description, and 5% for the fact that it was served in a tulip glass. Tart and funky was the perfect descriptor; it couldn’t have smelled more like grapefruit if I had stuck my nose right into one while wearing grapefruit lotion and washing my hair with grapefruit shampoo. This crisp choice the color of aged gold was an American IPA with 6% APV. Also, did I mention the grapefruit flavor? I probably wouldn’t have been able to down a second, and it lent itself more to a humid summer day over a frigid February, but it was fun and youthful, certainly one to try.

For people who love experimenting with new beers, whether they are strong IPAs or silky stouts, Rustico is a nice option. With prompt yet laid back service, TVs churning out lots of sporting events, and a long industrial bar, this is a spot that lacks atmosphere, but it’s also a good provider of distinctive brews in the Arlington area, which is good enough to bring me back.