In the past few years, Philly has been labeled as one of the up-and-coming food cities of the U.S. As someone who’s a bit sick of New York getting all the (sometimes undeserved) attention, I like that. However, I think once Philly firmly establishes itself as a great city for everything from cheesesteaks to fine dining, Baltimore is going to be next on the up-and-coming lists. While I’m content cracking open dozens of steamed crabs coated in Old Bay, so much more has blossomed out of the Baltimore area recently.

Sliding easily into that broad category of ‘new American,’ Cunningham’s is a restaurant that is frequently on ‘Best of” lists, and for good reason. Outfitted in rich blue, creams, and grey colors, the restaurant has a lively 60’s club feel to it. Thankfully, it doesn’t try and emulate 60’s food because all one needs to do is turn on an episode of The Astronaut Wives Club and watch them plop fluorescent Jell-O salad on the table to realize that NO ONE wants to eat in the 60’s. No one.

However, I do understand the appeal of drinking there. When I think of cocktails from the 50’s and 60’s, I think boozy, simple, immaculately made drinks, and Cunningham’s gets that. While I opted for the lighter The Birds & The Bees, a blend of gin, honey, lemon, and hops, my mom went for her classic Sazerac, which I could describe here, but which I consider as well-known as a Manhattan, so I won’t. If you don’t know what it is, I trust you know your way to Google.

Wanting to munch on something as we sipped our cocktails, the small plates and appetizers were quickly ordered. As with most restaurants nowadays, once we chose a few snacks, we were presented with bread. The bread came from their bakery and had distinct, interesting flavors from wheaty to sweet, but would have been better appreciated by both of us if it had been served warm.

As far as the stuff we actually had to pay for, we went for several things in order to try everything. I have to say though that I don’t understand this fascination that’s popping up with popcorn. Charging a few dollars for a handful of popcorn after sprinkling some spices and slathering butter on a movie snack just seems ridiculous to me. It’s a fad that I don’t get, but one that my mom is all over. So, the Brown Butter Popcorn was a must when she saw it was on the menu. It was good; it was popcorn; it was boring, and that’s all I really have to say about that. 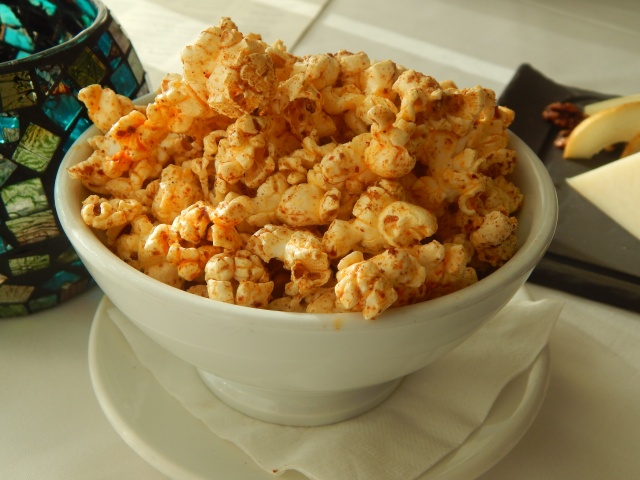 Way better than the popcorn were the Oyster and Bacon Pie and the Cheese Plate we ordered. Piping hot, filled with plump oysters, and encrusted in buttery, golden flakiness, the pie was perfect for anyone who can get behind the idea of a rich seafood pie. The cheese plate, while deliciously offering up a broad selection of cheeses, just needed a few touches of something different. Instead of an awesome hard cheddar followed by a great hard Spanish cheese, there needed to be a softer cheese to make the plate texturally enticing. 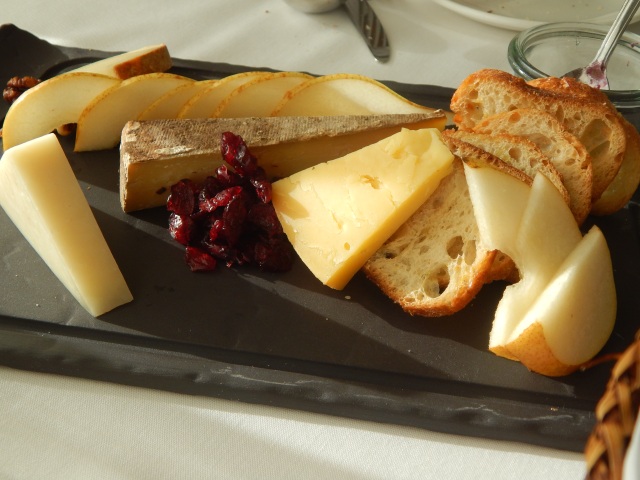 After making our way through the appetizers and burning the roof of my impatient mouth on a pie, we were presented with dinner, a course I approached much more calmly than the preceding one. The flaky Whole Grilled Bronzini encompassed the pure effortlessness of a good piece of grilled fish, but was also elevated by the salty black olive puree and sweetness of the Meyer lemon puree. The fish needed all of these elements on the fork to work though, because the few bites I took featuring just one of the purees was unbalanced and odd. When I got it all in one bite, however, it was perfect. Salty, sweet, and delicate, a fantastic option for a hot evening out. 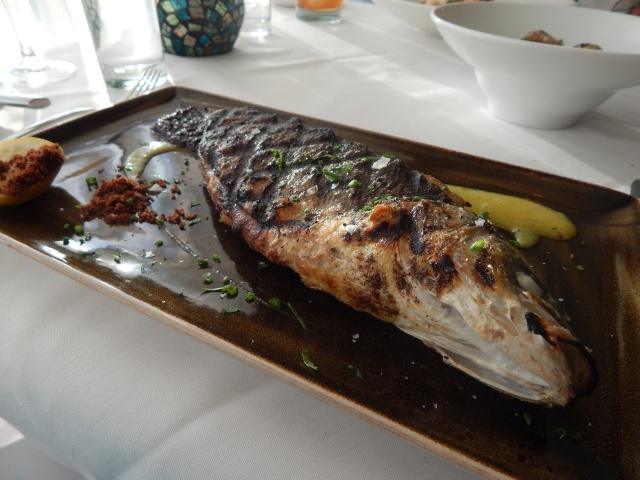 For the other diner (AKA my mom), the Shrimp and Grits was the plate for her. Big shrimp, cheesy grits, and roasted red pepper, what could go wrong? The answer: kale. The dish was 90% awesome and only suffered from the incorrect green. I think she wanted something more traditional, like spinach or collards, and the kale was a touch too bitter for the decadent dinner. Personally, kale sounds like a nice balance to the creaminess of grits, but what do I know? I just pretend to have knowledge of food so I can write about it here.

Perfect for special night out, and ideal when there are fewer than four people dining, Cunningham’s is a restaurant with a few kinks, but a lot of yummy options. It’s a meal that will set you back a chunk of change, but one that will be worth it. Completely distinct from the warmer atmosphere of another Baltimore favorite, Woodberry Kitchen, this spot offers up a unique choice among the college bars and pizza places that litter the Towson area. I, for one, am pretty happy with the direction my hometown’s going, even if I do know that at its core it will always be a city that chooses steamed crabs and Natty Boh nine times out of ten.